My whole homebrewing experience started with an all-grain batch in 2006. I can’t really remember when and where I first got in contact with homebrewing. And I was not into beer at that time as well. I guess it was just a coincidence. But I do remember that I was really fascinated about the whole brewing process and really impressed about brewing your own beer at home. I read some books, did some research and found a local supplier (SIOS) and bought a kit with a 30 L kettle (7.9 gal), a bucket for sparging, a chiller and a fermenter. That was my first brewing equipment. To test this system, I bought a English Pale Ale recipe kit with all the malts, hops and yeast.

05/26/2006: My first brew day ever. It went all according to the brewing protocol. And we (my brother and I) hit the original gravity spot on. And the fermentation was over within seven days.

My first brew kettle on the left. On the right is the water for sparging.

The first lautering system. The water for lautering was in the fermentation bucket on top and rinsed on the grain bed in the lauter bucket in front. 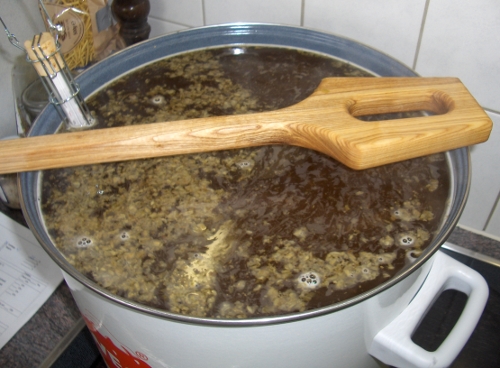 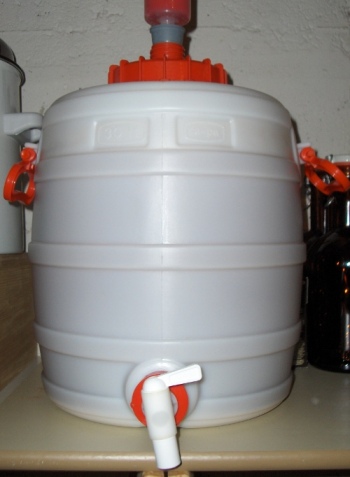 My first fermentation is in progress. 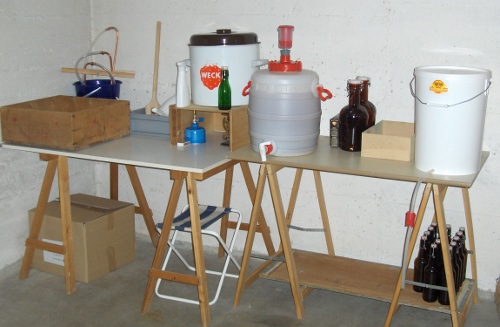 My first brewing equipment (that was all at that time...).

I have to mention that my beer tasting skills were very limited at that time. But here was what I wrote into my brewing book: Amber color, creamy head, nice malt aroma. That’s it. And no pictures… I really like this straight forward approach to describe a beer. But I have to say, the beer was very tasty and my father was rather surprised about the quality beer we made. So I went on with homebrewing since. And I still use the malt and resting profile to try different hops and such.